Scouting offers challenge and adventure to 400,000 young people and 100,000 adults across the UK and here in Hornchurch District we

are proud to offer Scouting to over 1500 of these youngsters, in Beaver Colonies, Cub Packs ,Scout Troops and Explorer Sections in Ardleigh Green, Corbets Tey ,Cranham, Elm Park, Emerson Park, Hornchurch, Rainham and Upminster..
We believe in helping our Members fulfil their potential by working in teams and this gives them the skill to do and think for themselves. People from every background and culture have the opportunity to stretch themselves, learn new skills and make life long friends.
Whatever your age, Scouting in the 21st century is challenging, stimulating, imaginative,  rewarding and above all FUN!!! Scouting is for young people from the age of 6 through to 25, with each of these youth sections following an exciting programme.
The  challenge and adventure isn’t just for our youth members. Adult volunteers have lots of fun too, in the knowledge that they are giving something back to society by helping children and young people meet their potential.
Why not see what Scouting can offer you by contacting Lee Copleston, the District Commissioner on dc@hornchurchscouts.org.uk 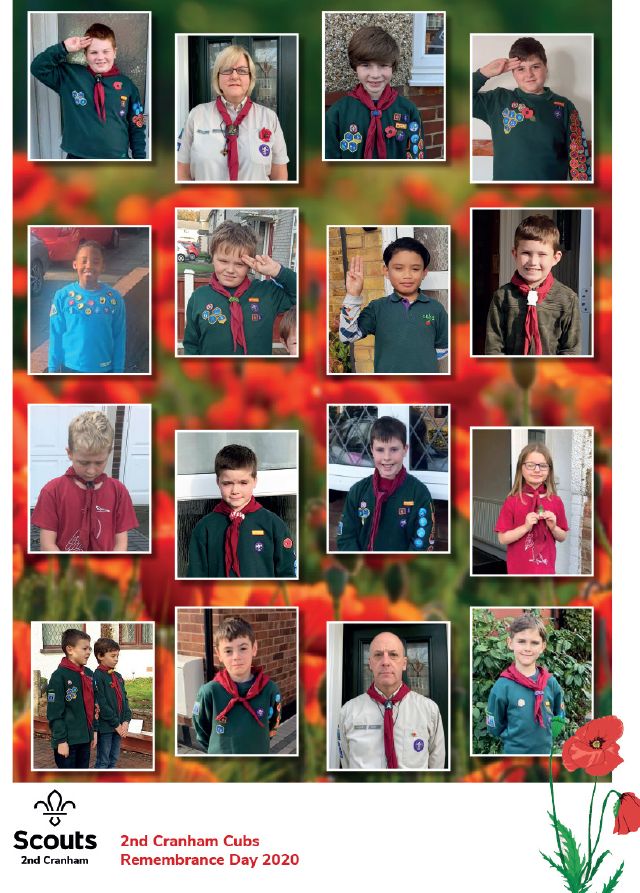 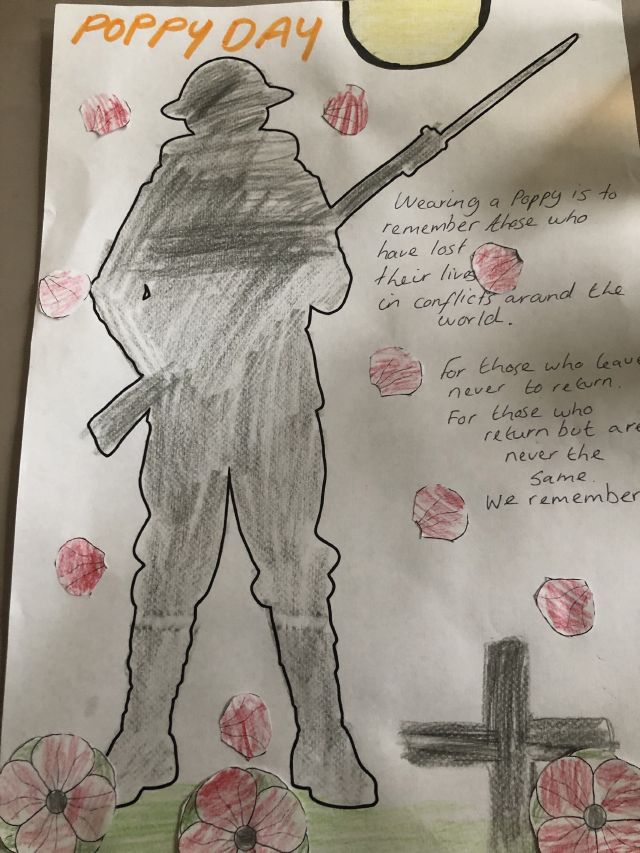 In commemoration of Remembrance Day, we believed that it was vital that we as a group did our part to remember the fallen soldiers and commemorate this very important day in our history. Due to the current lockdown restrictions, we asked our Beavers and Cubs to create a drawing of a relevant image (eg- a soldier, poppy etc.) on a sheet of A4 and colour it, at home. Once drawn and coloured, we then asked for the Beavers and Cubs to write a few simple sentences at the bottom of their work, answering the question “Why is it important that we wear a poppy?”

We asked the parents of our Beavers and Cubs to then email us two photos- one of just their child’s design, and one of their child in uniform holding their design up.

The designs we received were excellent and very creative, and we were astonished at the amount of our group that took part to commemorate the fallen soldiers and their sacrifice for our country. Well done to all of our Beavers and Cubs that took part in this very important project. You should all be very proud of yourselves.

When we return to normal meetings, hopefully in the new year, we have the intention of creating a collage with all of the designs.

Unfortunately due to some Explorer Units not having submitted their annual accounts to the District Treasurer and us having some unanswered questions with our Independent Examiner, which we are working through, we currently do not have an approved set of accounts to present at the planned AGM next week.

Once the accounts have been received and approved by the Executive Committee a new date will be set for the AGM. 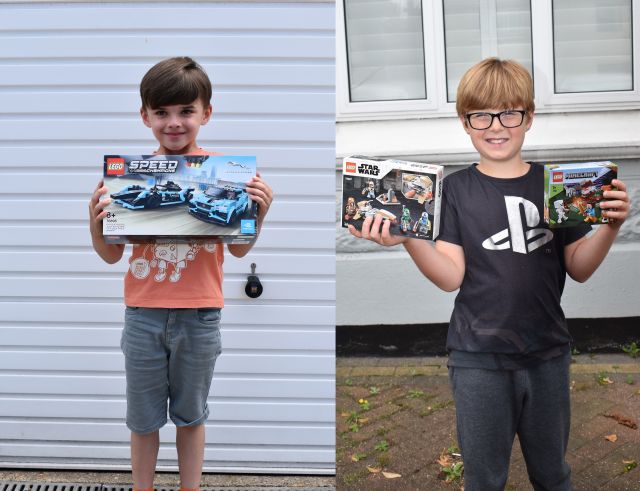 Congratulations to the two winners of the District Lego Competition.

The winners were picked by three members of the District. The DDC, District Chair and a District Cub Leader.

Due to the good quality of the building we decided to give a second prize. 1st prize was a £40 Lego kit and second was a £20 Lego kit.

The winner was Luke from 8th Hornchurch Jupiter and second place went to Jack from 1st Squirrels Heath. Well done to both Cubs and have fun with your new kits. 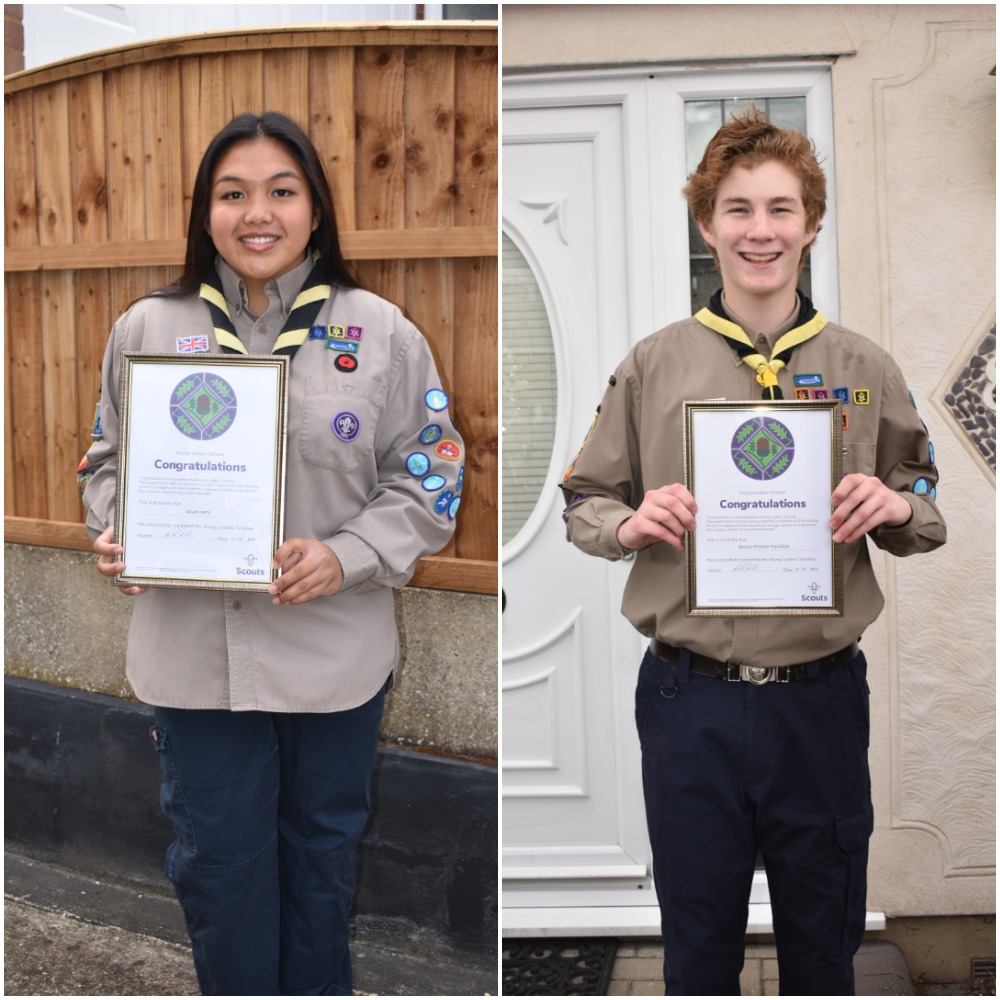 Congratulations to Aliyah and George who were presented with their Young Leader certificates and belts. They had both completed their First Aid training. Aliyah had done hers on the Lord Amory while she spent weekends on board assisting and earning her boating qualifications. While George completed his with The St Johns Ambulance. If lockdown had come two weeks later then we would have had another 11 Young Leaders who would have completed their First Aid training. They would also be receiving their certificates and belts. So as soon as we can return to meetings, we will get a training course for these youngsters.

This week, I asked the Beavers to design, draw, colour or paint on a Pebble; either a design thanking the NHS or something in 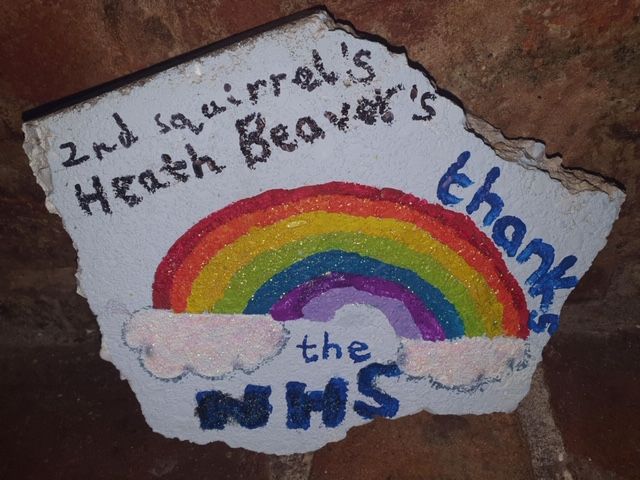 relation to Beavers and our colony. We are aiming to create a ‘Pebble Patch’, with all of our Beavers’ designs, in the field of our meeting headquarters- Arnold Lodge. I asked for an emailed image of the pebbles, and I was astonished by the designs I received. We had a great response and all of our Beavers’ designs were brilliant! I promised a prize for everyone that sent me a design, when we return to Beavers eventually! Well Done to all those who got involved at 2nd Squirrels Heath Beavers. 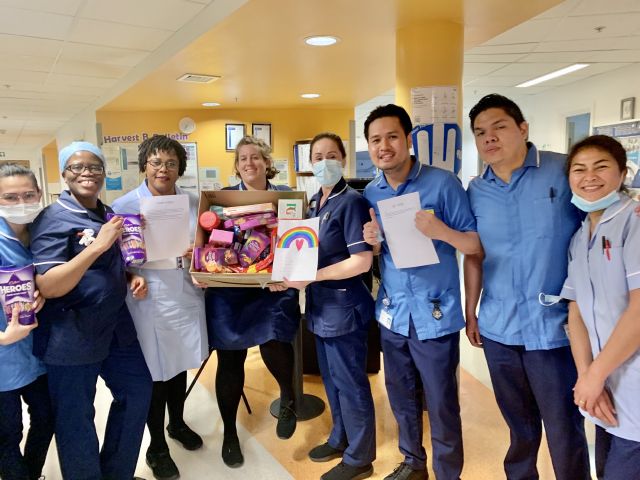 Whilst looking for something that we could do to complete part 2 of the My World Challenge (Very difficult during a lockdown) 3 of our Beavers came up with the idea of making up a hamper for NHS staff. Whilst discussing the idea they suggested that it should go to a department that was less publicised on national news. At first we thought of Phlebotomy as our Beaver leader is a phlebotomist but most of them had been re-deployed around Queens hospital. Then during an email exchange with one of our ex Scouts who was a Young Leader with the Beaver colony I was surprised to find out that she now works in the Aseptic Pharmacy at Queens. There they make up all the drugs used in Chemo therapy and also the drugs used for patients with COVID  – 19 that are on ventilators. Problem solved. 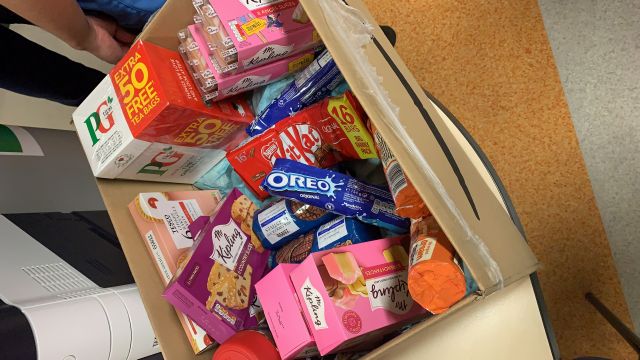 The Beavers, Jake Baines, Dylan Hothi and Cian Stone decided that the hamper should be made up of things that can be eaten at tea breaks and during the day. That meant that all that we had taught them about healthy eating was instantly forgotten. The hamper was made up of various sweets (Especially Heroes) cakes and biscuits, Tea bags and coffee.

I asked Emma if she would take the hamper into work and she was only too pleased to.

This effort that the three beavers made completed the My World Challenge and also completed the work they needed to do to gain their Chief Scout’s Bronze Award. Well done you three and as can be seen from the photographs and letter your effort is really appreciated by the staff at Queens hospital.

This goes to show that with a bit of work at home and a bit of inventiveness badges can be gained even during a lockdown so please encourage your Beavers to complete the badge work that is being emailed to you. 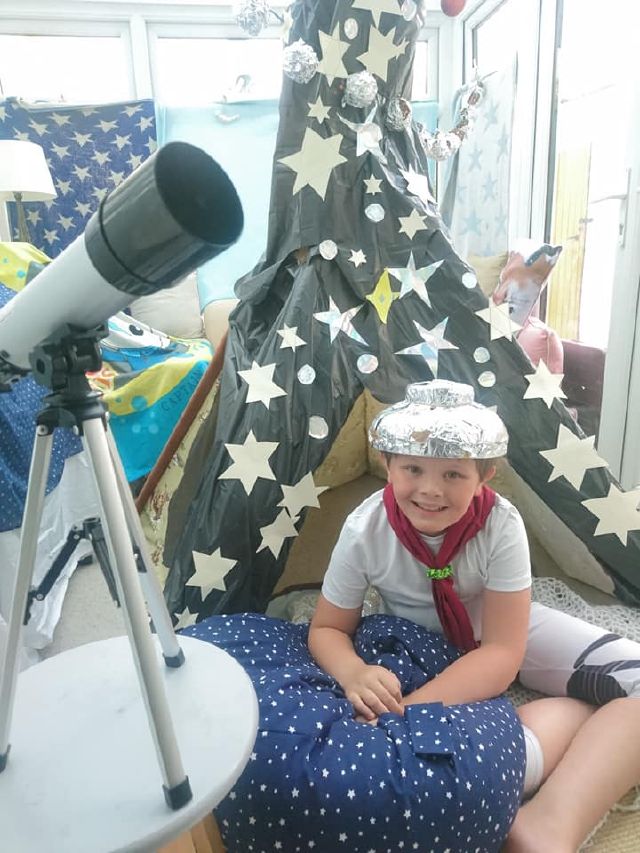 2nd Cranham cubs have been extremely busy since lockdown and between them have earned 125 badges including 88 activity badges, 7 great indoors, and the completion of 13 challenge badges meaning 2 of our cubs got their chief scout silvers and we've not finished yet. We had an isolation international space camp to coincide with the recent space rocket launch to the ISS. We started with a zoom call (22 of us including 4 leaders and 1 young leader) we played a game and taught the cubs a knot, it was mayhem but great fun. Sleepover was Friday night but some cubs slept over on Saturday too. We gave them lots of missions to complete over the weekend and most completed them all. The cubs continue with our support to achieve their badges that we would normally be doing on a pack night, they are working really hard and we are extremely proud of them and thank the parents for their support and help.

Holly tells us her story of volunteering during lockdown 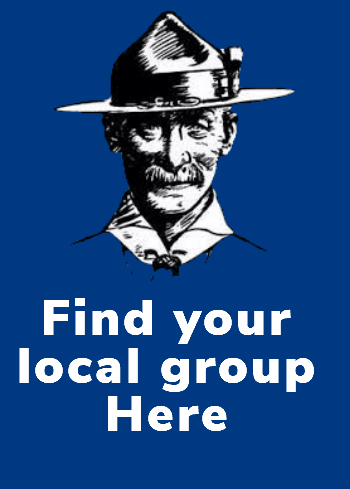